Barbara picked the Knight and said, “This card can keep those parts from bothering me.” 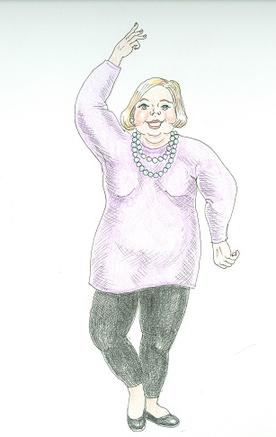 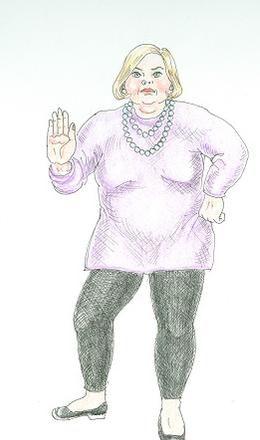 Barbara said the Re-Run Woman plays 24/7 , always reminding her how she has failed and how other people in her life had said cruel things to her, especially her parents and x-husbands.  The Strict Bitch is always berating her for slacking on her responsibilities, of which the list never ends. Re-Run and Strict Bitch work together constantly criticizing her every move, and playing scenes over and over in her head of how she could of done this or said that to improve her chances of gaining favor with other people.  They both insist she needs to present a happy face to the world, always have a smart joke to get a few laughs, especially from her customers who say they appreciate her cheerful nature. Then Barbara points to the Blank card and says, “But this is how I really feel.”

“Numb,” she says. “And the only way to get any relief from this constant chatter in my head when I come home to an empty house is to grab a bottle of chardonnay and watch movies. But then I don’t get any housework done or see anyone and I stay up late. Then Re-Run and Strict Bitch wake me up at 3 AM and start in and I can’t get back to sleep and I end-up with a migraine and I’m puking my guts out, but have to get up at 5:30 AM because I commute 50 miles to work.”

We spent a few moments reflecting on what she had said to me, and after hearing herself talk she said she realized the Re-Run and Strict Bitch were running on old programs that did not apply anymore.  I agreed with her and added that while they originally had good intentions, they were stuck in the past and their out-dated methods were doing more harm than good.  I asked her to close her eyes and imagine a safe and peaceful place where we could go to help heal these misguided parts.

She said, “There is no safe place. And these parts cannot be healed. They’re out to destroy me.”

I said, “You have a part that carries very strong feelings about this.  See if you can find a card that seems to hold these strong emotions. 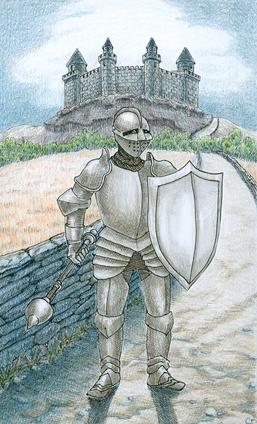 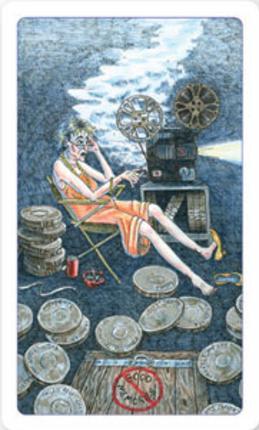 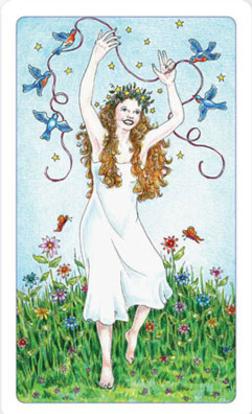 BARBARA’s case is a good example of protectors and managers doing their jobs in keeping vulnerable parts exiled to the point of sabotaging therapy to maintain control. But Barbara was suffering. She had exiles and she had parts holding rigid beliefs about how and why she was plagued with trouble, mostly due – through their perception – to external factors. Once the flood of criticism subsided – the shoulds and oughts, the raging reminders of her failures and perceived worthlessness – Barbara could see herself as valuable, appreciated, and successful; she wasn’t play acting from a script based in external expectations. She experienced what is known as a shift in the locust of control… SELF control.

Another important rule is to know when to back off.  My professional psychologist part was analyzing her behavior and dishing diagnosis’s to the hilt.  I wanted to tell her what was wrong and how to fix it.  But I also knew that I had to trust SELF to work in Barbara as I was feeling SELF guide me to step back.   I remember feeling a calm compassion when I asked her if she wanted to stop the session and I witnessed a softness in her eyes that wasn’t there before. That was what she needed from me then, respect: She didn’t need another berating voice pushing her out of her safety zone.  And by respecting her Protectors and Managers, this gave Barbara a sense of safety and we took the first step in building a trusting relationship, which in turn opened the opportunity for Barbara to trust SELF.

I told Barbara to come back when she felt the need.  I don’t know if I will see her again or not.  Do I think she needs more Parts Work?  Yes.  Yet, who am I to say Parts Work isn’t happening in her Inner Life as I write this.  In fact I know from my own experience, the real work happens outside of the therapist’s office; in our daily lives and in our dreams.  I have no doubt Barbara is doing Parts Work…. in her own way. 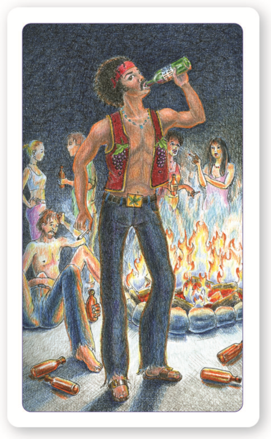 Barbara is a 55 year old, divorced twice, professional woman with a grown son and daughter.  She has struggled with her weight most of her adult life and admits that she drinks too much.  She blames her parents for her lack of self-esteem, sighting numerous examples of their emotional abuse, followed by her two marriages to emotionally abusive men. She says her adult children remain dependent on her financially and this is stressful, but she is proud of her financial success; she owns her own home and has modest savings. And she attributes her professional success to her own wits, intelligence, perseverance  and congeniality while claiming she had no support from family, friends or professional support from her peers.

Barbara came to therapy because of relationship issues with her new supervisor and co-workers and subsequent stress-related migraine headaches. She was recently transferred to a company in another city and the long commute adds even more stress. Her primary care physician recommended psycho-therapy in lieu of antidepressant and anti-anxiety drugs that proved ineffective or intolerable.

Our first session was basically an intake and explanation of PARTS WORK .  I gave her the book to read and asked her to make a PARTS MAP  for our next meeting.  She did neither, but came on time for the appointment, eager to tell me how difficult her week had been.

I asked her to choose the cards that represented her emotional states as she had experienced the trouble during the week. Barbara chose the cards she calls the Re-run Woman, Strict Bitch, Party Down, Happy Girl and Numb-buns, a blank card. I asked her to tell me her story, which starts out OK, but then shifts to a defensive impasse. 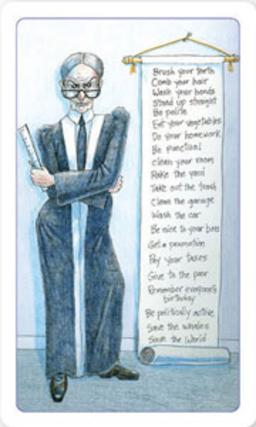 “Sure,” she said.  “Because then you will know too much and will use whatever I say against me.”

We set up another appointment, but she canceled.  She came back about six months later; not for Parts Work, but just to talk.  She told me our session had really helped her.  She said she is rarely bothered by Re-Run and Strict Bitch anymore, and if they start up, she tells them to go to hell.  She said she realized she was a grown-up woman who has survived two divorces, has no debt and has a good position at the company and recently she got a promotion.  Although she didn’t want to do Parts Work or use the cards, she said the cards had really helped, and she had purchased her own deck. Not only was she able to stop Re-Run and Strict Bitch when they tried to take over, but she was working on connecting with her true Happiness to fill the blank card. She was making new friends at the company and going out with them to have real fun.

Back To Case Examples 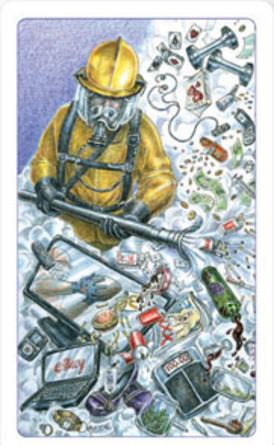 This time I just listened and smiled.

And this card can suck up the bad things in my life and destroy it all.  Then maybe I can find a safe place where my headaches will go away and I’ll be happy as a clam.”

Hearing the sarcasm in her voice, I pushed the Knight toward her and said, “This part is not letting me in to help you. Will it tell me why? ”